In September 2016, I moved to Seattle. Just over a week later, I started working at Amazon Web Services (AWS).

I am a Senior Technical Writer and own the AWS Identity and Access Managment (IAM) service. To view samples of my work, see my portfolio.

I began working for Hewlett-Packard (HP) Exstream Software in early 2013. My position was intended for a programmer writer, and my software enginneering and HTML background were very helpful. In my first year, I received several manager awards, a raise, and a big bonus based on my performance.

I developed customer-facing documentation for cloud computing, SaaS, thin client, and traditional console software according to defined standards regarding technical terminology, conciseness, and style. I planned, created, published, and maintained topic-based documentation that included architectural overviews, installation and setup guides, workflow tutorials, sample code, API programming guides, conceptual overviews, procedures, and FAQs. I built one set of documentation directly to production and coordinated another within the software build as single-page HTML and multiple-page HTML5 help guides. I also delivered standalone PDF whitepapers outside of the build. I helped to maintain the larger set of existing core documentation by fixing reported bugs, completing guide validations, and documenting software changes in maintenance notes and release notes across the product line.

I worked within multiple software development teams simultaneously, managing multiple competing priorities in a fast-paced, Agile environment. I managed a separate documentation backlog for conceptual and architectural documentation not related to my documentation set and feature releases. When I was allocated to a third product, I adapted easily to change by making swift and appropriate course corrections, such as quickly learning new and complex technologies. I operated as an Agile team member by testing new features and developing a mock UI that met HP standards when coding was scheduled to start with no specifications.

When Open Text announced that they had aquired Exstream from HP, I was concerned that they might close the Lexington office in the future. Having been through a layoff before, I wasn’t interested in doing it again. The market for technical writers in Lexington, KY was small, so I applied to major tech companies and received three offers from around the country. I updated wikis with all of the information that my successor would need, and completed my two-week notice. 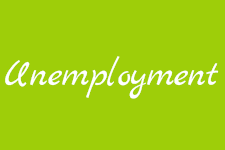 My Lexmark coworkers and I recognized  that layoffs were a distinct possibility when there were no long-term product plans. I had been saving a lot of money and was in a good position. I looked at my layoff as an opportunity.

I spent time learning about myself, what I enjoyed, and what I really wanted to do with my time. I wrote hundreds of articles in my technical blog (epiphenie.com). I completed an old young adult novel that was a Christmas gift to my daughter, and wrote a second one. I learned that I loved technology and creativity. I liked designing and developing web pages. I liked writing.

I looked through tons of job advertisements until I found what I wanted to do: be a technical writer.

I began working at Lexmark as an Academic Year Part Time (AYPT) student in February 2005. When I graduated from UK in 2006, I accepted a full-time position at Lexmark despite multiple job offers. I continued working as a Software Engineer until 2012. During my time at Lexmark I improved technologies and processes, received a promotion, and earned several pay increases.

In 2012, I was laid off along with approximately 600 other employees when Lexmark closed the Inkjet Division. I made many great friends while working there. The best part about working at Lexmark was the people.

I worked at Tolly-Ho Restaurant for many years. I began working as a server and then line cook on 3rd shift, day shift, and evening shifts. After two years, I became the restaurant manager.

As the manager, Every week, I cooked the lunch shift, did inventory and food orders, signed off on deliveries, and managed employees. I hired and fired people, developed menu changes, redesigned menues, created and maintained the website, and wrote an employee handbook and training manual.

I left on great terms and still help the owner with the occasional spreadsheet, business idea, or turn of phrase.

Lester’s Diner – After my high school graduation, I lived with my aunt for the summer and got a job at the local diner. I also picked up hours over Thanksgiving and other breaks from school.

Tolly-Ho – I lived in the dorm my freshman year, and then got an apartment in Lexington after that. I started working at Tolly-Ho for minimum wage, but quickly earned raises and promotions.

Tutoring – When I was in high school, I was employed by the county Board of Education as an after-school math tutor.

Waiting tables – During my senior year of high school, I worked as a waitress at Pizza Hut. I was a great waitress and brought home not only lots of tip money, but my favorite food – pizza!

Cleaning House – After my mother passed away when I was 8 years old, I spent every summer with my aunt, her sister. My aunt paid me to dust and clean her home and my grandmother’s home. Thanks to that experience, I learned at an early age that if you wanted to buy something, you worked for it.

Cleaning Coal Trucks – I was born and raised in the Appalachian Mountains, and was the quintessential coal miner’s daughter. Several members of my family worked in mining, and one of my uncles owned a trucking business. He regularly hired me to wash the outside and clean the inside of the trucks. It was dirty and exhausting work, but a good way to earn spending money.